AutoStore was the obvious choice for Jollyroom, an online company selling goods for babies and children, when the company had to expand its current warehouse operation and plan for future expansion.

Jollyroom, an e-commerce business that sells a massive range of products for babies and children, has experienced exponential growth over the last decade. Thanks to the AutoStore system, the company has expanded along with its loyal customer base.

The Swedish company was born 15 years ago when current owner Ole Sauer started selling baby items from his home. Jollyroom grew by 100 percent in the first five years, and it didn’t stop there – soon, one warehouse had expanded to seven warehouses.

Then everything was consolidated into one space with the opening of the warehouse in Gothenburg, Sweden, which is over 80,000 square meters (861,000 square feet) in size.

Jollyroom sells toys, strollers, car seats, children’s clothing, shoes, baby products, and maternity wear – in short, everything a parent is likely to need for their children. The company distributes its wide range of goods to happy customers across the Nordic region, and also serves customers in Germany and Austria.

“Our goal is that you should be able to find everything you need from pregnancy until your kids are 12 years old,” says Cecilia Olsson, Jollyroom’s Head of Logistics.

Over the past few years, the enormous growth of the company meant that they needed a new automated warehouse solution to help them meet their customers’ expectation of fast, safe delivery. They chose the AutoStore system, empowered by Element Logic – and haven’t looked back.

“AutoStore is a thoughtful solution from an environmental perspective, since the new warehouses draw extremely little energy.”

Why Jollyroom chose the AutoStore system

The Jollyroom team always aims to modernize and streamline its operations by replacing old solutions with new ones. With this goal in mind, the team had to do the AutoStore installation quickly while the company was fully operational.

The initial AutoStore installation allowed Jollyroom to double its ordering capacity for small and medium-sized packages, a project that was completed in record time.

“If you have a huge success in terms of sales, the logistical aspect needs to be done quickly as well,” says Sales Manager at Element Logic, Terje Skjølberg. “The fact that Jollyroom [...] succeeded with this in such a short time, without affecting other activities, shows how dynamic they are as a company.”

The AutoStore system at Jollyroom’s main warehouse in Gothenburg currently functions with 150,000 Bins, 26 Picking Ports, 147 Robots, and a picking capacity of 2,400 Bins per hour.

The team is currently planning a third expansion. The new system will include 20,000 more Bins, 20 additional Robots, and 20 more Ports. After the planned expansion, the system’s picking capacity will increase to 3,700 bins per hour.

The benefits of AutoStore

‍There have been many advantages to installing the new AutoStore system, says Olsson. Among others, these benefits include:

AutoStore has solved current warehouse management problems for Jollyroom, and the system will enable the retailer to expand its operations substantially in the future.

When Sport Okay installed an AutoStore system in their warehouse, they also provided for significant future expansion. Find out more.

Varner, one of the biggest fashion chains in Scandinavia, wanted to build the world’s best-automated warehouse. Find out why they picked the AutoStore™ system. 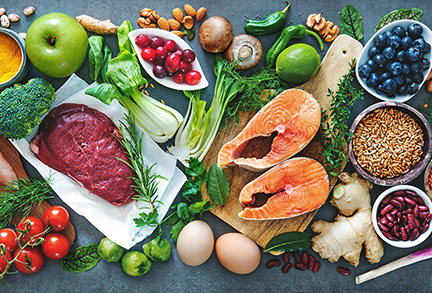 The Competec Group, which sells more than 80,000 items from 1,000 manufacturers, installed one of the world’s largest AutoStore™ systems to consolidate their distribution process.