Radwell’s pick productivity up by 400%

When a company has 12 million SKUs in its inventory, it needs a fast and accurate warehouse automation system. That's why Radwell International chose AutoStore™.

Radwell International, a supplier of industrial automation and electronic control equipment parts and repair services, has managed to expand its business massively, thanks to AutoStore.

The company stocks and sells a broad range of new and used products related to industrial automation, maintenance and repair operations, and equipment necessary for pneumatic, motion, electronic, hydraulics, and electrical control. It also provides facilities with heating, ventilation, and air-conditioning equipment.

The company expanded to the UK in 2011 and Canada by 2012 and presently also operates in Germany. Its two main distribution hubs are in New Jersey and the UK – the smaller of the two being in the UK. This hub serves the European market, whereas the warehouse in New Jersey supports all nine worldwide locations with inventory.

The AutoStore system gave us about 30% more storage capacity in the same square footage as the other systems offered.

Although Radwell International has grown tremendously over the years, it remains a family-run business.

With millions of items in the database, the company never seemed to have enough space, says Todd Radwell, Senior Vice President of Operations at Radwell International. Fulfillment became a challenge, which was both time-consuming and costly.

A warehouse automation system seemed to be the answer to their concerns, which also included a too-slow picking speed and a lack of storage space. Based on these considerations, Radwell International decided to install the AutoStore system, empowered by Swisslog.

“When a company has so many separate items (SKUs) in its inventory, it needs a fast and accurate warehouse automation system,” says Radwell. “We’re a very high-tech company, so a great majority of our employees are technicians and engineers.”

Before the installation of AutoStore, the Radwell International system could do 120 picks per eight-hour period. With 34 Robots, four picking stations, five replenishment ports, and a storage capacity of just under 50,000 Bins, the system that was installed in 2016 can now do the same number of picks in a single hour.

Currently, the Robots glide over the top of the Radwell warehouse grid at a speed of about 3m (9.8 feet) per second. Then, they use long grippers to pull up the requested Bins from below at a rate of 1.6m (5.2 feet) per second. The system places Bins not required for a particular order in any surrounding space available at that time. Once the Robot has retrieved the right Bin, another Robot moves the displaced Bins back to their original location in the grid.

The Robots are independently controlled units, which means that if one goes down, the whole system isn’t affected.

“The AutoStore system is the highlight of every warehouse tour we do, and it leaves a fantastic impression on customers when they leave,” says Radwell. But it’s certainly not just for the show. For Radwell International, the benefits of this warehouse installation have been very tangible.

The benefits of AutoStore

The most obvious immediate benefit was that the new automation system increased Radwell International’s pick productivity by an astonishing 400 percent.

“You could build more infrastructure, and when it’s complete, you can fill it with more inventory without losing any time at all in terms of productivity,” adds Radwell. “Our customers are now more likely to want to do business with us when they see that we’re willing to invest in the future.”

Cost savings, greater efficiencies, and business growth are all considerations when installing a warehouse automation system. AutoStore made these wins a reality for Radwell International. “We’re constantly striving for new and better ways to do everything so that we can become faster and bigger,” says Brian Janusz, Global Program Manager of Radwell International.

But it’s not all about profit and growth. “We demand high productivity from everybody that works with us. But we try to make it as fun as possible,” Radwell concludes. 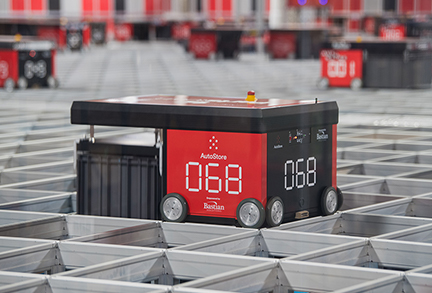 In 2017, after experiencing a 30% growth year-on-year, Parts Town installed the AutoStore warehouse automation system to help the company continue to fulfill its same-day delivery promise. 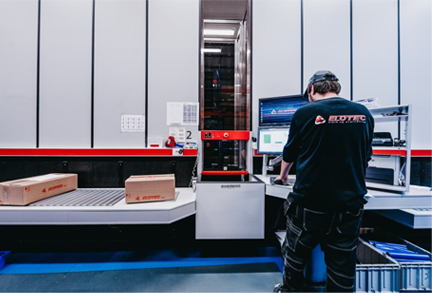 In 2005, Elotec, a Norwegian manufacturer and distributor of security equipment, became the first company in the world to install the AutoStore™ system. Sixteen years later, they’re still using it. 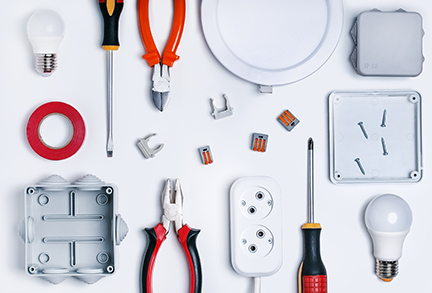 Warehouse automation was an obvious choice for Elektroimportøren, sellers of electrical equipment, helping them double and redouble their turnover in six years.