In 2019, FANUC Pertronics installed an AutoStore system in its headquarters in Yamanashi, Japan. The company has operated in factory automation (FA) for over seven decades and partnered with the Okamura Corporation on this project.

FANUC Pertronics, which stands for Fuji Automatic Numerical Control, has customers worldwide and a footprint that includes the United States, Europe, Africa, and other countries in Asia. It manufactures automation equipment for various industries, such as the machine-tending, electrical, electronic, and food and beverage industries. Choosing to partner with AutoStore for their automated warehouse picking system has benefited them in numerous significant ways.

A strong case for a smarter system

Before the team installed an AutoStore system at the Yamanashi facility, picking was done manually.

“It was a process of moving carts back and forth in a small warehouse area and half of the time was taken up by walking. This wasn’t a value-adding part of the process,” recalls Michiharu Morimoto, Factory Process Administration and Section Manager at FANUC Pertronics. “The waste of energy and time taken up by this process was one of the decisive factors in opting for the AutoStore system.”

Several options were considered at the time, including the use of an automated crane – a solution that was familiar to the FANUC Pertronics team.

But FANUC Pertronics wanted to improve their warehouse picking rates and had to find a way to ensure multiple workers could pick simultaneously. In the end, the cost of achieving high performance with an automated crane would have been prohibitive.

The cost also wasn’t the only problem: there were also concerns about the lack of space for crane-style automated warehouse picking. The AutoStore system, in turn, overcame this issue as it’s housed in a layered grid that takes up relatively little floor space.

Initially, the team was concerned that a small company such as theirs might not be able to implement AutoStore, recalls Jun Shiohara, Representative Director and President of FANUC Pertronics. In addition, the company aimed to avoid full automation, usually opting to create a line where manual work and robots collaborate.

In the end, however, going the AutoStore route made the most sense on all levels.

"Production volume has doubled since the implementation of the AutoStore system."

The AutoStore system was installed in 2019 and was tailor-made for FANUC Pertronics, as the building and installation were designed at the same time.

The team shares a few facts:

The advantages of AutoStore

For FANUC Pertronics, the decision to install this system has had many positive spinoffs, including:

“By reducing the lead time, the workspace has been expanded and secured,” adds Shiohara. “More specifically, the total lead time from parts delivery to manufacturing and shipping has been reduced significantly.”

Despite the large increase in production volume after the automated picking system was installed, the company only had to reassign two employees involved in their warehouse operations – another major win for the team.

In addition, the team designed and implemented functions tailored to each Port in accordance with FANUC Pertronics’ way of doing things. As a result, “we were able to operate the system without any problems,” concludes Nobuyuki Inoue, Sales Manager at Okamura. 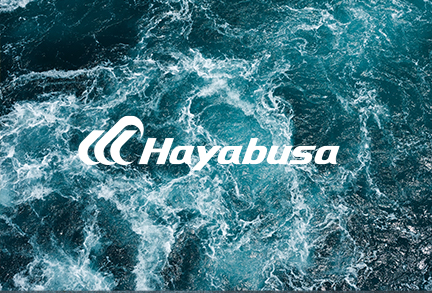 Japanese producer of fishing rigs, Hayabusa, houses the most extensive AutoStore™ system in Japan. The automation system has helped to solve storage problems and triple the warehouse’s picking speed. 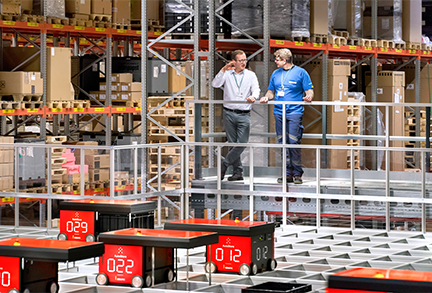 Siemens is known for its innovative technology. The progressive company chose AutoStore for one of its key production warehouses in Chemnitz, Germany. 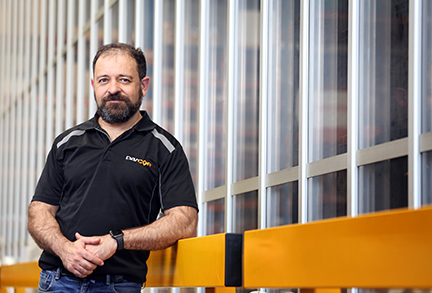 Warehouse automation at Davcor: big benefits to a small company

Warehouse automation wasn’t an obvious choice for Davcor, a small company selling locks. But it turned out to be the right decision.