When the Hat World/Lids warehouse moved from only store replenishment to include e-commerce fulfillment, they needed a warehouse system that was fast, accurate, and efficient. They chose AutoStore™.

Hat World/Lids has come a long way since 1995, when Glenn Campbell and Scott Molander founded the headwear retailer in Indianapolis, Indiana.

Back in the mid-1990s, Campbell’s garage was the company warehouse from where the team stocked their stores. Within a year, the number of outlets had grown from one to five. And, within a decade, several acquisitions, most notably Lids, Hat Zone, and Cap Factory Inc, followed.

We chose the AutoStore and Click&Pick solution (empowered by Swisslog) because we believe it’s the best way to increase efficiency and productivity.

The company sells a wide range of sporting headgear. It also offers customers officially licensed and branded sports gear, as well as accessories and novelties for major professional and U.S. collegiate sports teams.

Hat World/Lids has more than 1,000 outlets in shopping malls, airports, street kiosks, and factory shops, and the company employs more than 8,000 people. They now also have a large online shop.

In recent years, the company’s expansion into e-commerce necessitated them to look at warehouse automation. Previously, the warehouse focused on store replenishment, but e-commerce was different in that it required the picking of many small orders and not just bulk orders.

Also, the company needed to fulfill its customer promise of delivering the merchandise of any team, anytime, and anywhere. It prided itself on guaranteeing delivery times of under 24 hours and a slow or manual picking system would have struggled to fulfill this promise, especially for online sales.

The team had two primary considerations: The new automation system had to support the current warehouse operation and it had to provide greater speed for e-commerce-related picks. Other considerations included cost efficiency and maximum usage of the available storage space.

“One of the main reasons we looked at Swisslog and AutoStore was because of our growing web business,” says Tony DeFrench, Vice President of Operations at Hat World/Lids.

The company chose the AutoStore system, empowered by Swisslog, because it ticked all the right boxes.

The AutoStore system at Hat World/LIDS

In 2014, the company installed the AutoStore system at their main distribution center in Indianapolis.

The current warehouse automation system handles 140,000 different products and consists of 30 Robots that move at a speed of about 3m (9.8 feet) per second. There are 22,246 Bins in the grid and five high-speed picking stations. The Robots use long grippers to pull up the requested Bins at a speed of 1.6m (5.2 feet) per second.

One Bin can store up to eight different types of goods, depending on the stored product. The system places Bins containing goods not required for a particular order in any surrounding space available at that time. Once the Robot has retrieved the right Bin, another Robot cleans up, moving the displaced Bins back to their original location in the grid.

The tangible benefits of the new warehouse automation system have been many:

There have also been numerous benefits to the staff:

AutoStore provides high, compact storage density, as no aisle space is needed. Furthermore, the system can be adapted, offering an opportunity for growth. If a company such as Hat World/Lids needs to add additional products, they can expand the grid and add more Bins. If greater picking throughput is required, they can place more Robots in the system.

DeFrench concludes by saying that the team chose this solution because it offered the best way to increase efficiency and productivity. 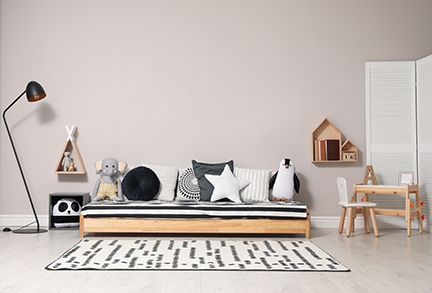 AutoStore was the obvious choice for Jollyroom, an online company selling goods for babies and children, when the company had to expand its current warehouse operation and plan for future expansion. 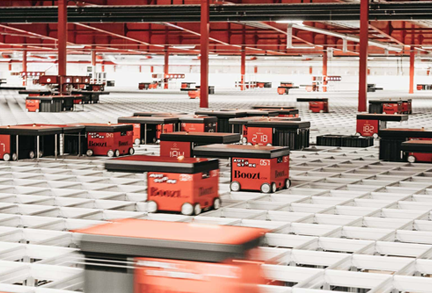 After an upgrade to its warehouse system, Swedish clothing retailer Boozt now has the largest AutoStore globally with 250 Robots and 250,000 Bins. 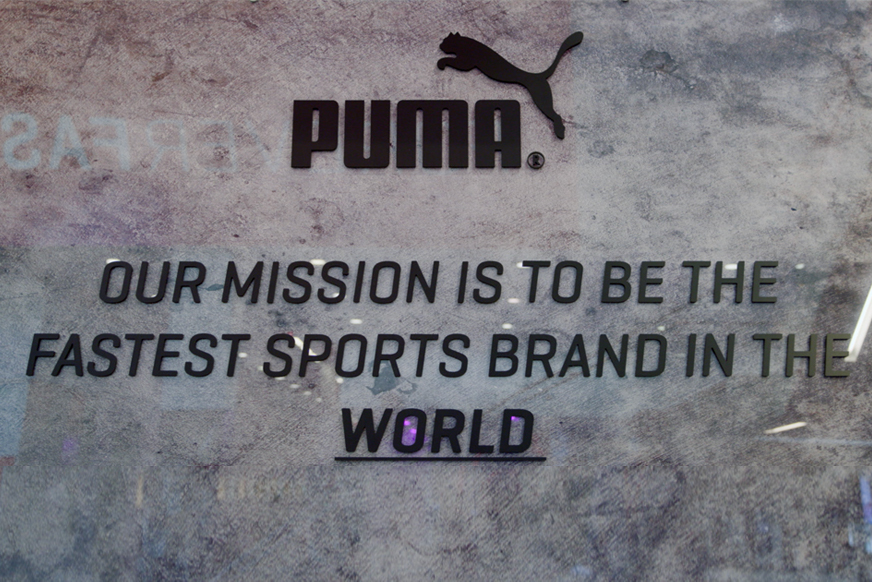